How Healthy Is Northern Virginia? 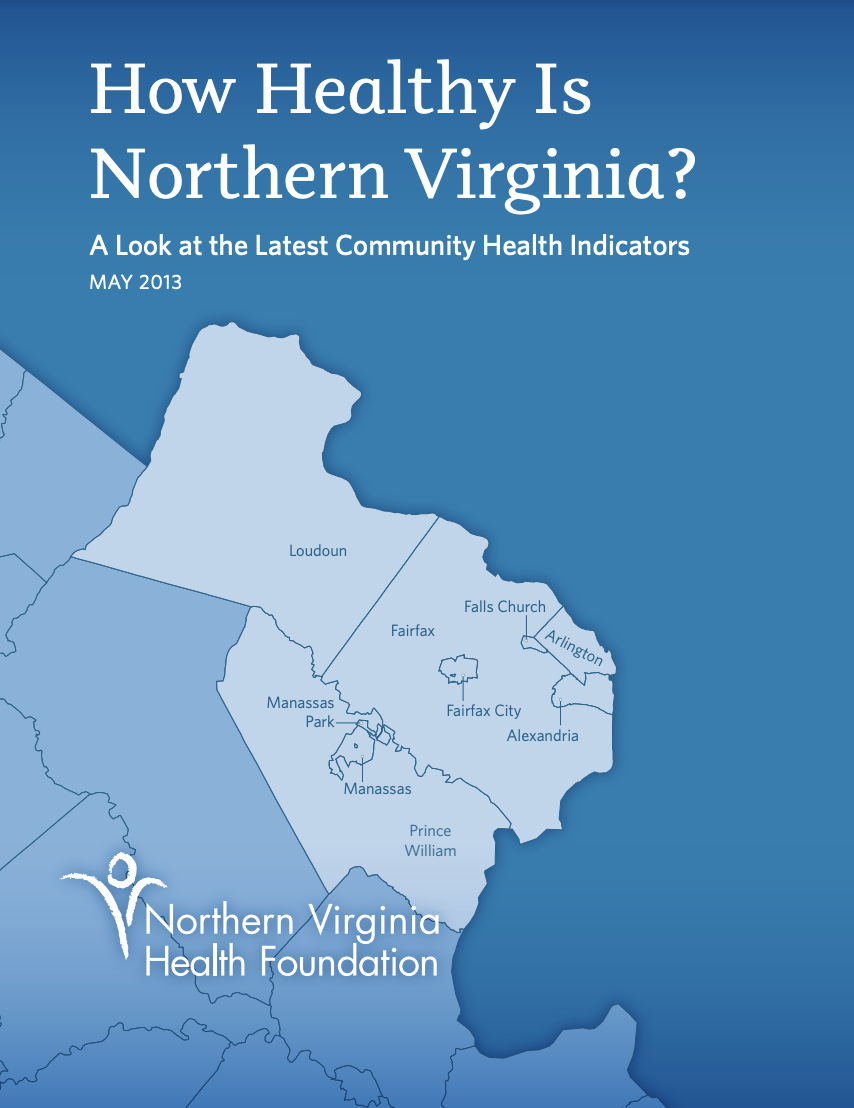 Springfield, VA (Friday, May 31, 2013) – A report released today finds that while many residents in this affluent region are in good health, significant numbers of residents of all ages and all income levels struggle, particularly when it comes to obesity, dental care, mental health, and other health measures. The report, commissioned by the Northern Virginia Health Foundation, was released as part of the first-ever Northern Virginia Health Summit, which brought together community leaders and policymakers today to discuss approaches to improving health in the region.

“While income plays some role, this report tells us that this is not only about poor people in poor health,” said NVHF President Patricia N. Mathews. “These health problems affect all of us, and many of these diseases and conditions are preventable. We should all be paying attention,” she said.

The report reveals surprising contrasts. Three Northern Virginia counties – Fairfax, Loudon, and Arlington – are the healthiest in the state in terms of death and disease rates, but that doesn’t mean everyone is healthy, by any means. For example, across the region:

The report also found that more than 175,000 Northern Virginians live in census tracks that rank in the bottom 20 percent of the Health Opportunity Index statewide. Populations in these census tracks are considered to be more vulnerable for adverse health outcomes. This includes people who live in some of the region’s wealthiest communities, such as Alexandria, Arlington, and Fairfax. The Health Opportunity Index assigns a value to a county or city based on factors that influence health such as affordability, education, environment, and economic opportunities.

“This is a call to action for the region,” said Mathews. “Improving access to medical care is important, but it’s not enough to make meaningful change in people’s lives. We must work together to address the socioeconomic factors that we know influence how healthy we are, such as improving access to high-quality education, job opportunities, safe neighborhoods, healthy foods, and regular opportunities for physical activity.”

Today at the NVHF-sponsored Northern Virginia Health Summit, Mathews hopes state and local leaders will use the report to reignite conversations on how they can work across silos to improve health.

The report, which was prepared by Stephen Horan, Ph.D., of Richmond-based Community Health Solutions, is based on a wide array of community health indicators from across multiple sources, including demographic estimates from different federal, state, and commercial resources. It also relies on information gleaned from the County Health Rankings (published by the Robert Wood Johnson Foundation) and the Health Opportunity Index (produced by the Virginia Department of Health).